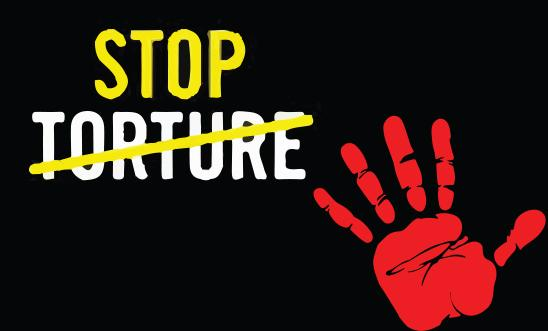 The cruel pattern of the Togolese government to silence dissent by means of violent repression and abusive detention without due process has reached a fever pitch. Since February 5th, 2005, the date of the sudden passing of Eyadema Gnassingbe, the brutal ruler of Togo for 38 years and his replacement by his son Faure Gnassingbe, Togo has been the theatre of indiscriminate extra-judicial killings of political opponents, peaceful demonstrators or innocent civilians only guilty of belonging to a political party or living in cities of villages suspected to be unfavorable to the man who considers himself to be the heir of the Togolese power.

These well documented violations of human rights have recently culminated in the shooting death of school children and the massive imprisonment of human rights activists. But more appalling is the fact that these abuses do not victimize only citizens of Togo but other visitors holding the passport of such established democratic nations as Ireland.

Indeed, since December 21, 2018, Mr. Abdoul Aziz Goma, citizen of Ireland and businessman, is being held without trial in the most abject conditions in a prison in Lomé on suspicion of being a national security threat. In fact, after having been framed, arrested, tortured for days, starved and deprived of any visit, he has been subjected to interrogations by the infamous SRI (Services de Renseignement et d’Investigation) to confess to being a part of a plot organized by members of the political party PNP (Panafrican National Party) to destabilize the

state. In an SOS letter he sent from prison and obtained by the Togolese Civil League, Mr. Goma stated that he was arrested after paying the accommodation of some young people who came to the capital city Lomé to attend the protest called by the PNP party as an act of kindness. These young people who are Togolese nationals residing in Ghana were stranded as the protest was rescheduled and they had no place to sleep. Mr. Goma himself never took part in the protest nor attended any political activity prior to his arrest.

Mr. Goma was arrested on December 21, 2018 along with his brother, the latter who offered food to the young people in question. In his letter, Mr Goma recounted that the night of their arrest, they were handcuffed to trees and were severely beaten and submitted to very inhumane and degrading treatment. For 27 days, they were locked up in a dark room, were not allowed to shower or brush and were barely fed. They were later transferred to the Prison Civile de Lomé where they have been detained ever since under very horrendous conditions.

To date, M. Goma and several other prisoners remain held in prison cells all over the country under fallacious accusations. They have not been tried nor been granted legal representation. There is an estimate of 60 political prisoners in Togo and at least 40 are members of the PNP opposition party which the regime intends to crush due to the role they played in the massive protests that sparked August 2017 and eventually led to months of nationwide upheaval against the regime of Faure Gnassingbe.

It is with extreme concern that the Togolese Civil League has noticed an increase in the unease of the Togolese regime toward any dissent and their repeated habits of arbitrarily denying permits to demonstrators leading to the next presidential elections, slated to be held in the first quarter of 2020. This should also concern all partners and countries that maintain any relations -economic, diplomatic or military- with the ruling regime.

For the Togolese Civil League,